Today we look at the pieces of the Ancient Roman glass and consider ourselves lucky. We are treated with a look of outstanding beauty and uniqueness. Something new, something that the Roman craftsmen and their Egyptian or Hellenist brothers in trade didn’t plan or couldn’t see appearing. Something no less exciting than hundreds of years of constant work and attempts at creating a perfect material and crafting masterpieces out of it.

Weathering of The Ancient Roman glass

I found a beautiful word used by glass experts. It perfectly describes what happened to the Roman glass, already stunning in itself, while exposed to the forces of the natural elements for about two millenniums. The word is ” weathering”.

The coloring we see today reminds us of how the peacock feathers shimmer or how colors in the opal gemstone change.

You look at it from a different angle, or you shift the glass slightly and some new colors appear on the surface and beneath it.

How the Weathering and Aging of the Ancient Roman Glass happened.

The weathering happened while the glass was buried in the soil of Israel. Glass intends to break, it is a common experience. Earthquakes are frequent in this area, some of them very strong. Few large ones around the 300 and 700 CE destroyed a large number of cities and villages. Either used and broken by people or by forces of nature, shards of Roman glassware became buried and long forgotten. However, different kinds of nature forces kept working on it with great patience, slowly bringing a completely new look to the glass. Hot days and cold nights, moist rainy winter, and very long and dry summer cooked and fused some elements of the Israeli soil into the glass.

The Artist – Nature – never rested. Each fragment of glass went through its own individual changes in color and shape. Two millenniums, day by day, Nature created a unique wrapping of many thin, iridescent layers of the silica, called “patina”. It reminds pieces of golden and silver foil, sprinkled with colorful flakes. Many ancient artifacts aged and weathered very badly, losing plenty of their initially planned good looks. The Roman glass that was beautiful 2000 years ago has weathered into a fascinating object today.

And what a fantastic idea for the centerpiece of the jewelry design! 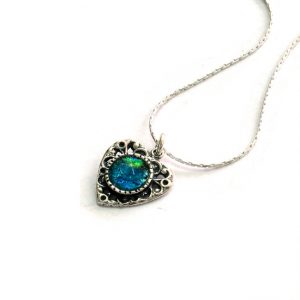 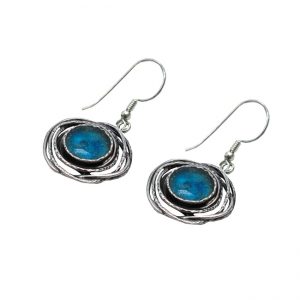 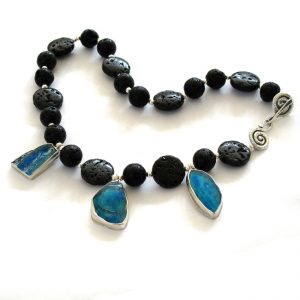 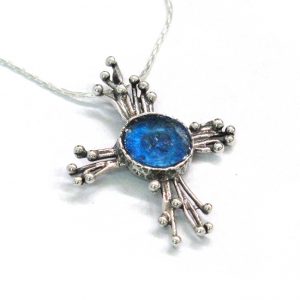 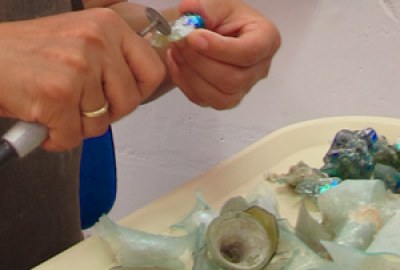 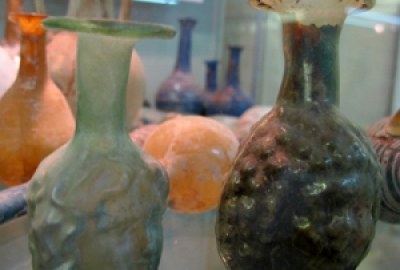 May 20, 2018 at 8:43 am by Michal Kirat / 0
The Art of Making Ancient Roman Glass. Ancient Roman glass was made using sand, coloring agents (metals), and formed by burning seaweed and lime. Roman glass was produced in an extensive range of hues, colors, shapes, and patterns. It is considered a work of art by skilled craftsmen, who used techniques developed for centuries in... 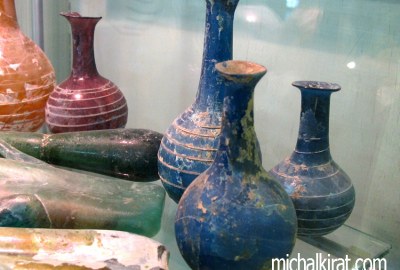 May 20, 2018 at 8:18 am by Michal Kirat / 0
Romans Adopt and Develop New Glass Blowing Technique, Making History. As the Roman Empire became fully established and expanded, Romans absorbed the technologies of the people they conquered, modified them, and made them their own. “Roman” glass blowing techniques were further developed and spread. With the invention of the blowing pipe technique, glass making was...